Join us on November 1, 2018 to celebrate Breaking Ground's 28 years of service to New York City and honor two distinguished individuals whose work helps to create a more vibrant and livable city for all New Yorkers, especially our most vulnerable neighbors.

Sponsorship and ticket information will be available soon. In the meantime, meet our 2018 honorees: 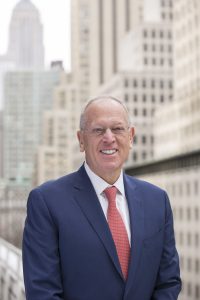 Jeffrey E. Levine is the Founding Principal and Chairman of The Douglaston Companies consisting of Douglaston Development, Levine Builders, and Clinton Management. Since founding the organization in 1979, Mr. Levine has directed new construction or rehabilitation of thousands of residential units, including both affordable and luxury housing, student housing, hotels, senior living, healthcare facilities, and millions of square feet of commercial retail, office, and institutional spaces.

Mr. Levine is a member of the Real Estate Board of New York’s Executive Committee and in 2016 was honored with the Kenneth Gerrity Humanitarian Award as well as being given the Impact Award for Housing by the Citizens Housing and Planning Council at their Annual Luncheon.  Mr. Levine is currently Chairman of the Board of the Jewish National Fund as well as, a member of the Jewish National Fund’s National Board, which recently honored him with its Tree of Life, a humanitarian award given in recognition of outstanding community involvement. 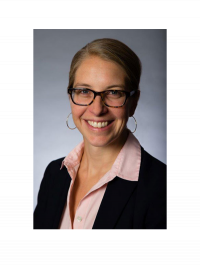 RuthAnne Visnauskas currently serves as the Commissioner of New York State Homes and Community Renewal. RuthAnne previously served as HCR’s Executive Deputy Commissioner for Housing Development, where she was responsible for strategic leadership and oversight of multi-family housing finance programs, the State of New York Mortgage Agency (SONYMA), the Mortgage Insurance Fund (MIF), the Office of Community Renewal and the Office of Faith-Based Community Development Services.

RuthAnne held also several key positions at the New York City Department of Housing Preservation and Development (HPD), including the role of Commissioner from September 2014 to February 2015.  HPD is the nation’s largest municipal housing agency, in charge of the development and preservation of affordable housing and the enforcement of the City’s Housing Maintenance Code.

Prior to taking the helm at HPD, RuthAnne served as Deputy Commissioner for Development, spearheading  innovative development programs, including the Preserving City Neighborhoods (PCN) initiative, designed to purchase the notes of overleveraged buildings, and stabilize them by ultimately transferring them to responsible not-for-profit owners.

RuthAnne lives in Manhattan with her husband and three children.

Have questions or interested in learning more about the gala? Please reach out to Vanessa Miller, Director of Special Events and Community Engagement, via email or at (212) 389-9391.

A New Day for Sustainable Supportive Housing in the South Bronx

Save the Date for the 2022 Celebrating Home & Community Gala

Serving Up Home: The Summer Edition takes the stage at the Prince George Ballroom to raise critical funds in support of street outreach for homeless New Yorkers

Save the Date for Serving Up Home: The Summer Edition

See Joseph tell his story in his own words, and how our outreach and transitional housing teams helped him come indoors to housing

After Years of Struggle, a Place to Rest

Maria struggled with homelessness and housing instability brought on by a health crisis. Today, she's safe and stable at Webster Residence in the Bronx.

We gathered for a ribbon cutting and open house at Edwin's Place in Brownsville, with 125 new supportive and affordable apartments

A word of encouragement can make all the difference.

Applications Available for Studio Units at Park House in the Bronx

Statement on the Verdict in the Murder of George Floyd

Despite a pandemic that hit NYC hard, Breaking Ground sustained and grew our services for the most vulnerable New Yorkers in 2020

Our CEO, Brenda Rosen, made the Nonprofit Power 100 list for the third year running.

In an op-ed for Gotham Gazette, our CEO Brenda Rosen presents the case for hotel conversions to supportive and affordable housing, and why we should do it now.

Even During a Pandemic, Celebrating a Milestone Year

Charlie Alvarez, a tenant at our Prince George residence, talks about overcoming homelessness and celebrating 10 years of sobriety.

In extraordinary times, our exceptional honoree - David Brickman, CEO of Freddie Mac - reminded us just how important affordable housing is to our recovery.

Four expert barbers worked their magic on more than two dozen residents of our East Flatbush Safe Haven to help people look and feel their best.

Though we cannot gather in person this year, we celebrate our generous sponsors and the great work of our Junior Board.

Everybody Counts in the 2020 Census