On Tuesday, October 29th, Breaking Ground and our partners at Comunilife Inc. were delighted to celebrate the opening of our new supportive residence at La Central in the Melrose section of the Bronx. The first building to open in the large-scale mixed-use La Central development, our supportive residence provides 161 units of permanent supportive and affordable housing for individuals who are exiting homelessness and low-income New Yorkers in need of an affordable apartment.

“Breaking Ground is committed to keeping the Bronx affordable,” said Brenda Rosen, President and CEO of Breaking Ground. “For nearly a decade, we have been proud members of the South Bronx community, providing housing for the borough’s most vulnerable residents. We are extremely pleased to be part of the transformative La Central development working with our trusted partner Comunilife to create a vibrant new district in the neighborhood and ensure that low-income and homeless individuals have a place to call home.”

"We are thrilled that 97 formerly homeless persons and 63 low-income New Yorkers will call this beautiful Residence their home,” said Rosa M.Gil, DSW, President and CEO, Comunilife Inc. “I am confident that the services provided with funding from City and State agencies will help our tenants lead happy and stable lives while becoming active members of the community. We have been delighted to partner with Breaking Ground and would like to thank all the elected and appointed officials who helped make possible and Comunilife's Board of Directors for understanding the vision behind La central development."

We were joined in the festivities by elected officials, representatives from New York State and City, and partners who provided financing for the project.

“La Central is a landmark project which looks to improve the neighborhood for existing residents while making way for the future of our growing borough. This portion of the development adds much needed supportive housing to The South Bronx because we wanted to ensure that the most vulnerable individuals in our community can benefit from the new housing stock in the area. I’m proud to have supported the larger La Central development with a contribution of $1.5 million in capital funding. Thank you to Breaking Ground, Comunilife and the State and City agencies and elected officials who came together to make this project come to life,” said Bronx Borough President Ruben Diaz Jr.

“The Melrose community has much to celebrate today as we begin to see the results of what we envisioned when La Central was first approved,” said Council Member Rafael Salamanca. “Containing nearly 1,000 units of 100% affordable housing, the completion of this phase of La Central yields 161 units of permanently affordable housing, including units set aside for the formerly homeless and supportive services. Green infrastructure and innovative energy-efficient appliances throughout the building will ensure this development is one of the most self-sustainable in the Bronx, while on-site community space will deliver additional amenities to the community and residents, alike. I thank Breaking Ground and Comunlife Inc. for their partnership in providing critical affordable housing and supportive services, and look forward to the completion of La Central in the near future.”

"We are thrilled to welcome residents to their new homes in first phase of La Central, which provides 161 new affordable and supportive units in the South Bronx," said Deputy Mayor for Housing and Economic Development Vicki Been. "I want to thank Breaking Ground and Comunilife for partnering with the City and State to address the housing affordability crisis and provide supportive services to help New Yorkers get back on their feet and thrive in their communities. "

HCR Commissioner RuthAnne Visnauskas said, “This transformative development embodies Governor Cuomo’s commitment to bring mixed-use, diverse housing opportunities to communities across our state. Here at La Central, we are celebrating new beginnings with 161 beautiful, secure, affordable, and supportive homes that will benefit residents and the growing Melrose community. This is the type of quality, forward-thinking project that will continue the economic revitalization of the Bronx.”

"La Central...is like a phoenix rising from the ashes." 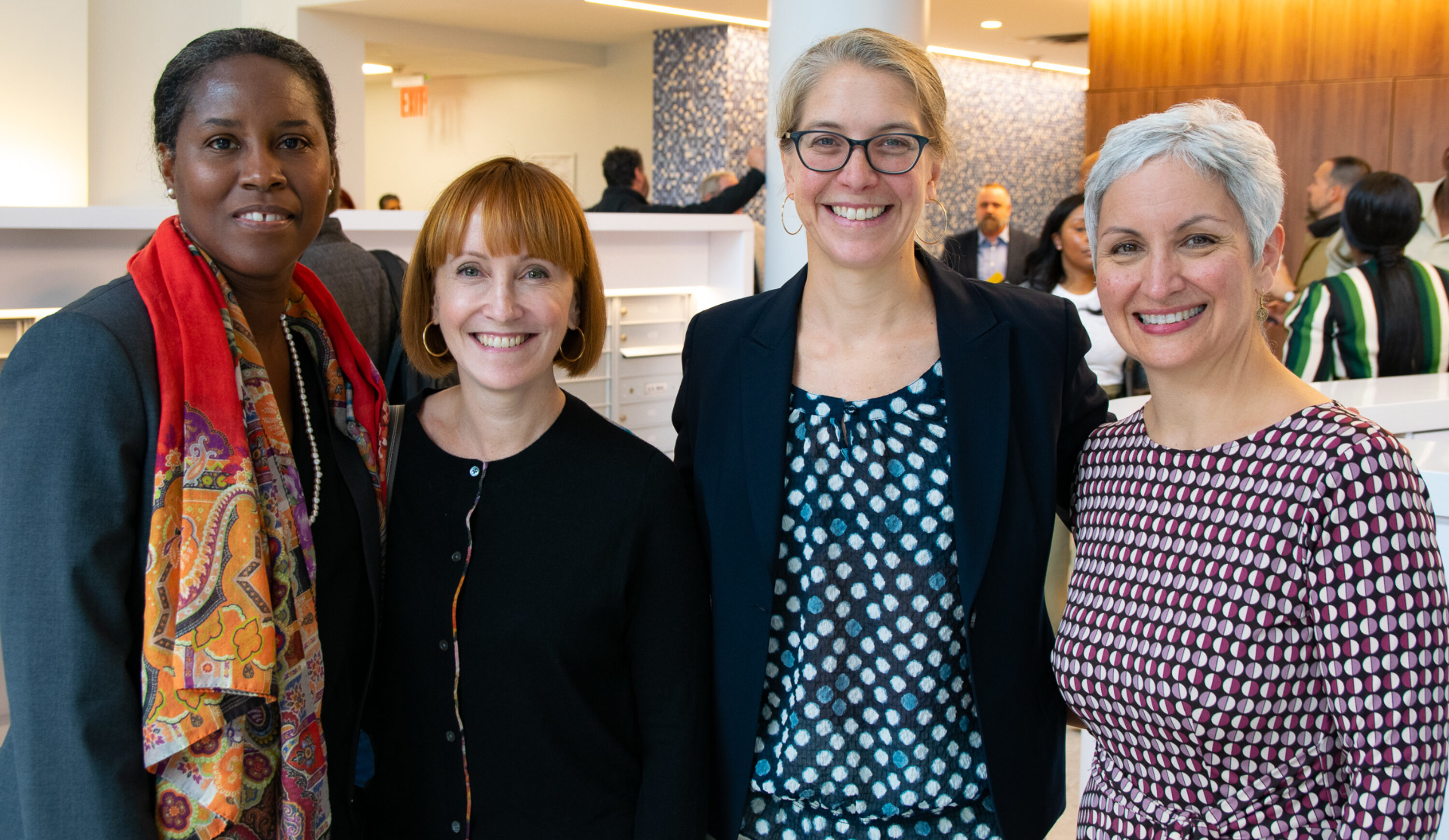 “This administration has made it clear that serving those who need it most will remain a top priority, which is why we’re working to create more supportive housing opportunities for vulnerable New Yorkers. The first phase at La Central pairs 161 new homes for low-income and formerly homeless individuals with invaluable services that will help them get back on solid ground. When all phases are complete, La Central will bring nearly 1,000 new homes and amenities to the heart of the South Bronx, which will only add to the vibrancy of this growing community,“ said HPD Commissioner Louise Carroll. “I thank our development partners for their tremendous work to create more housing for New Yorkers in need, and applaud them for a job well done.”

New York State Office of Temporary and Disability Assistance Commissioner Mike Hein said, “The combination of housing and support services gives individuals who have experienced homelessness the best chance at stabilizing and transforming their lives. La Central is a project that reflects the needs of the community and will be a tremendous resource in the Bronx’s Melrose neighborhood. We are pleased to once again partner with Breaking Ground and Comunilife, and congratulate everyone involved in making this project a reality.”

"This is a triumph for the New York nonprofit sector." 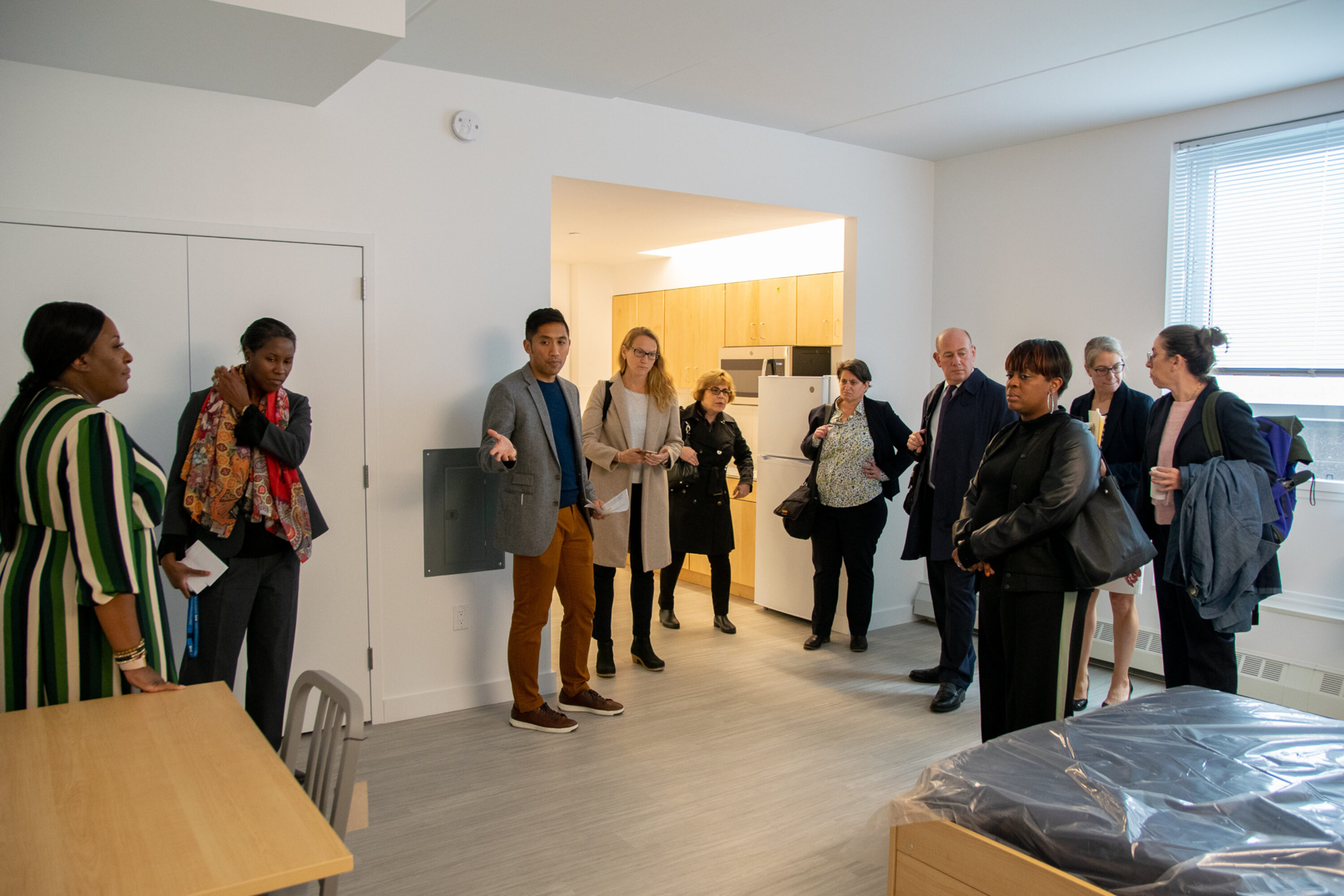 “Wells Fargo is honored to partner with Breaking Ground on another affordable project serving the needs of the people of New York City with the opening of La Central, a truly innovative development that will contribute much-needed affordable supportive housing to the Bronx,” said Alan Wiener, head of Wells Fargo Multifamily Capital. “Wells Fargo is committed to providing financial solutions to support the development of affordable housing in areas where there are the biggest needs, and we are proud to add La Central to the list of affordable housing developments we have helped finance in the Bronx.”

“CSH pledged $1 million in pre-development loans to this mixed-use development for supportive housing residents because it beautifully integrates services with homes for vulnerable New Yorkers into a larger vision for thriving, diverse neighborhoods,” said Jennifer Trepinski, Director of Loan Originations at the Corporation for Supportive Housing. “We were able to provide predevelopment loans for both Breaking Ground and Comunilife’s contributions to the overall project, which then leveraged City-owned land to create affordable and supportive spaces people will now be able to call home.”

Breaking Ground’s supportive housing residence features 161 units – 97 units for formerly homeless individuals and persons living with HIV/AIDS, 63 units for low-income working adults making at or below 60% of the Area Median Income, and one superintendent unit. The building features ultra-efficient fixtures and water-saving appliances, a green roof and landscaped roof terrace, and roof-mounted solar panels that will provide energy savings and reduce reliance on municipal energy supply. In addition, the building also includes a 4,500 square foot accessory community facility space. The building was designed by FXCollaborative and MHG Architects. The general contractor was Monadnock Construction, Inc.

“As the first building completed in the La Central development, Breaking Ground’s facility sets the tone for sustainability, design, and equity for this neighborhood-within-a-neighborhood. With its expressive corner tower, welcoming two-story entry, and crafted façade, we expect that it will be well-loved by residents and neighbors alike,” said Dan Kaplan, FAIA, LEED AP, Senior Partner of FXCollaborative.

In December 2013, the City of New York announced that the multi-property La Central development would bring nearly 1,000 units of mixed-income affordable housing built in phases to the Bronxchester Urban Renewal site in the Melrose neighborhood of the Bronx. Bordered by Bergen Avenue, Brook Avenue and East 149th Street, La Central will encompass five buildings of mixed-income affordable housing, along with a host of retail, community and recreation spaces including a new YMCA. The remainder of the project is being developed and managed by partners BRP Development Corporation, Hudson Companies Inc., The Kretchmer Companies, ELH Mgmt LLC, and the YMCA of Greater New York.

The 1.1 million-square-foot La Central development will consist of a 50,000-square-foot state-of-the-art YMCA, a new home for BronxNet Television Studios, a public skate park, and a rooftop telescope operated by the Bronx High School of Science. In addition, La Central will include new community and retail space to serve residents and the surrounding neighborhoods. Breaking Ground’s building is the first to complete construction at this major community revitalization project.